You are here: Home / Products / Flea Treatment Products To Avoid or Be Careful With 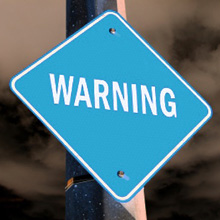 Studies show that Americans spend over $1 billion USD on flea treatment products designed to get rid of canine and feline fleas. While most of these products are generally safe, there are others that are known to leave harmful chemical residue on animals. Not only can this cause various neurological symptoms in pets, they are also harmful to humans. According to the NRDC (Natural Resource Defense council), a non-profit organization that strives to protect the environment, many flea treatment products contain harmful pesticides that can increase the risk of cancer as well as neurological damage in kids. Furthermore, many studies conducted on such products have shown that their potential harm is nearly 1000 times more than EPA (Environmental Protection Agency) acceptable levels.

Two of the most harmful ingredients that are commonly found in many flea treatment products (including some flea collars and spot treatments) are tetrachlorvinphos and propoxur.

Tetrachlorvinphos or TCVP is an organophosphate. It can cause neurological damage in growing children. Children are more susceptible since their ability to metabolize these chemicals is a lot less compared to adults. The EPA has designated all flea treatment products containing TCVP as human carcinogens. Propoxur is another type of pesticide closely related to the organophosphate family.

Both these ingredients can cause spasmodic over-excitation of the nervous system since this is the mechanism they utilize to kill fleas and ticks. When used in very large doses, both ingredients can cause various symptoms like nausea, hypersalivation, vomiting, wheezing, sweating, dizziness, diarrhea etc in the pets. Often, these symptoms are mistaken for common illnesses. In kids too, TCVP and propoxur have been proven to cause impaired neurological development which is mistaken for symptoms of ADHD, ADD or hyperactivity disorder.

Which flea treatment is safe?

Fleas are annoying pests that lead to intense itching, irritation and, in many cases, severe anemia in pets. Naturally, every pet owner wishes to keep his/her pet safe and prevent fleas and ticks. Fortunately, there are many safe and effective flea treatment products that can kill fleas on dogs and cats. The most popular class of pesticides used to safely treat pets is pyrethrins. It is derived from Chrysanthemum plants and is generally well tolerated, safe and non toxic when used as directed. Other safe flea treatment products are derived from synthetic insecticide called Permethrin. These too are readily available in the form of shampoos, sprays or powders. Naturally, even though both pyrethrin and permethrin are generally safe, they should only be used as directed.

Many pet owners have also seen good results with Fipronil (Frontline®) and selamectin (Revolution®). Be aware that both these pesticides leave residue behind on the animal’s fur; hence children should be instructed to wash their hands after petting the animals. Additionally, sharing the bed with the pet should be strictly avoided, especially while it is being treated with these products.

Often pet owners believe that vet prescribed flea treatment products may be the safest and most non toxic. However, the NRDC recommends many over-the-counter non chemical products as being safe for controlling and eliminating fleas, but they must be used in combination with vacuuming the house and washing the pet’s bedding in hot water. That being said; some of the safe prescription based flea control products include pill-based medicines like lufenuron, nitenpyram and spinosad which do not leave any residual action on the fur.

Likewise, many people believe in the use of herbs and other natural products to treat and repel fleas. The NRDC recommends herbs like Lemongrass, Cedarwood, Thyme, Rosemary and peppermint as generally being safe and non toxic. Pennyroyal oil should be strictly avoided on cats, as its use is known to cause seizures or even death.

Flea products containing essential oils like tea tree oil, Cinnamon, clove oil, eucalyptus, Bay, citrus etc must be used sparingly as they are known to cause allergic reaction in humans and seizures in cats and dogs.

Some of the most effective natural flea treatment products which are safe for pets and the environment include:

Overdosing symptoms to watch for

The following signs and symptoms may indicate overdose or toxicity from flea repelling products in cats and dogs:

If you notice these signs and symptoms it is best to consult the vet immediately. The doctor will normally diagnose toxicity based on recent history of application of flea treatment products. Additionally, skin and hair tests may also be performed to test for residual pesticide, but these results could take weeks to arrive.

The majority of Americans believe that all commercially available flea control products are tightly regulated by the government, hence safe. However, that is not the case and many of the products sold in grocery stores and pharmacies can cause serious health hazards to humans and pets alike. Hence, it is essential to equip oneself with the knowledge as to which flea treatment products can be used for effectively controlling fleas and which ones to avoid or at least be careful with.