In most cases you don’t need to treat flea bites on humans, but there are some symptoms you should be aware of. It’s possible to develop flea bite symptoms because of allergic reactions, or get infections where the flea has bitten. Infection occurs when you scratch in and around the affected area. There is a lot of bacteria hiding under the fingernails, which goes directly into the open wound. So no scratching, no matter how much it itches.

As a rule, fleas bite people around the ankles or at least in the lower parts of the legs. Flea bites on humans can also be seen on the arms, after you have held your pet. The reason why the bugs attack the legs is that they live in carpets and whatever else is close to the floor. Fleas have absolutely no problems getting to you as they can easily jump over half a meter. See what their bites look like.

Do flea bites on humans itch?

The short answer is YES. Don’t worry though, if there are no apparent signs other than itching, they usually disappear by themselves. What makes flea bites itch isn’t the actual bite itself, it’s the flea saliva, which it injects into your body when it bites. It contains a substance which helps it to eat without being disrupted. If you or your pet has already been bitten by a flea once before, it’s possible to get an allergic reaction to the saliva.

How long do flea bites last?

Flea bites on humans most often occur in two to three groups or clusters of small red spots with redness around them. Slightly depending on how your body react to the bites (and how well you refrain from scratching the wounds), the reddish look last anywhere from a few hours up to several days. If you have very sensitive skin and a tendency to scarring, flea bites can lead to almost permanent scabs and marks. That is why it is very important to avoid scratching the bites. Also use a soothing ointment or scar cream to prevent permanent scar tissue.

How to treat flea bite symptoms 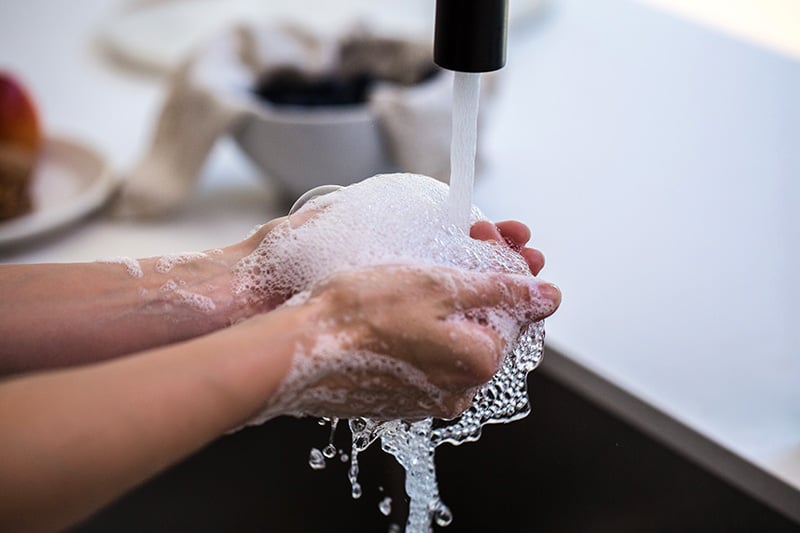 If you can refrain from scratching yourself after you’ve been bitten by a flea, you’re safe against further infections. These products all help to effectively relieve the itching, should you be unfortunate enough to be bitten:

Be careful not to scrub too hard, as you may risk making an even bigger hole in the wound. Ice or cold water soothes itching for a period and prevents swelling and inflammation. You should also clean the infected area with antiseptic soap, which prevents your body from being invaded by all sorts of nasty bacteria. Taking antihistamine might also help, but you should contact your doctor or pharmacist before you do that.

Vinegar is one of the best home remedies for flea bites. You can use apple cider vinegar, preferably raw and organic, with mother enzyme, for this remedy. Here are two ways to treat flea bites on humans with vinegar:

Vinegar is such a powerful remedy that you can also use to treat flea bites on dogs or cats. Add vinegar to the pet’s final rinse water while bathing. This will not only repel fleas, it will also make their coats shinier and glossier.

How to treat flea bites on babies 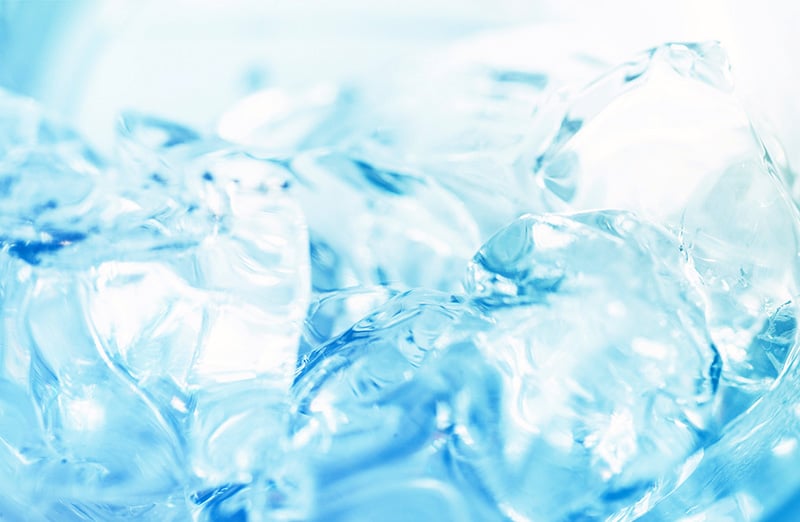 Babies have very delicate skin and the bites can lead to severe reactions. First of all, make sure that your baby has indeed been bitten by fleas. Sometimes, people tend to have bed bugs and may not even be aware of it. Read my article on flea bites vs bed bugs here. This will help you get an idea if you have fleas or bed bugs. Talk to your doctor if you are in doubt. Here are some home remedies for flea bites on babies:

Sometimes, flea bites can get very serious. Some people are more sensitive to flea bites than others. In the worst cases of flea bites on humans, people have reacted dangerously to the bites and have gone into anaphylactic shock. However, this occurs rarely and since you’re still reading, hopefully you aren’t hit that hard. Here are some other symptoms of allergic reactions from flea bites on humans. Contact your doctor if you experience any of this:

If you or anyone around you experiences any of the above symptoms, you should seek medical help as soon as possible. Ensure that you do not confuse an infected bite with an allergic reaction and cause unnecessary panic. The infections from flea bites on humans typically have the following symptoms:

The above symptoms should also be discussed with the doctor as soon as possible, but the situation usually isn’t as serious as the allergic reaction.

If you have followed the above advice to keep the area clean and make use of antihistamines shortly after you’ve been bitten, the itching will disappear after a few days. Flea bites on humans are likely to leave some marks, but don’t worry though, as they disappear on their own. They leave no scars and will be gone after a few weeks, but if you want to get rid of the marks faster, you can follow the advice below.

IMPORTANT! This treatment should only be used for flea bites on humans, when it no longer itches.

Use a mild exfoliant for the face and apply a little moisturizer on the bites. Repeat the procedure and be very careful, as it can irritate the bites. Also make sure to use some sunscreen every time you go outside. The new skin is very sensitive to light. It will probably be darker than the rest of the body when exposed to sunlight.

Fleas on humans can be as much a nuisance as fleas on animals, if you don’t know how to handle them. Learn how to get rid of fleas once and for all.